Neue Heimlichkeit is an interactive intervention. In an unlit and unnamed alley way in the city centre of Weimar five lamps, taken from private spaces, now act as public illumination to lead the way through the passage. Public and private contexts are interchanged and transcended, presenting realities that are normally hidden behind walls.

However, the five lamps, arranged in a line along the passage way, are motion controlled. They shine all the time, but switch off – one by one – in the moment a person passes. Thus, the lights keep trace of the position of every passing person. They become an index. The interaction with the lights enhances the public identity of the individual, but also reflects on the space itself.

As a second part of the project I give the street a name: Neue Heimlichkeit. The term is derived from the German word Heimat, meaning home, origin, but also the spiritual home.

The intervention with its interactive play between lamps and people, creates an ambigious situation of awareness. The awareness of the ‘other’ causes also a reflection on the ‘self’: myself and my space – Heimat.

Neue Heimlichkeit is my thesis-project for the Master of Fine Art Public Art and New Artistic Strategies.
which I completed successfully in Febuary 2005. 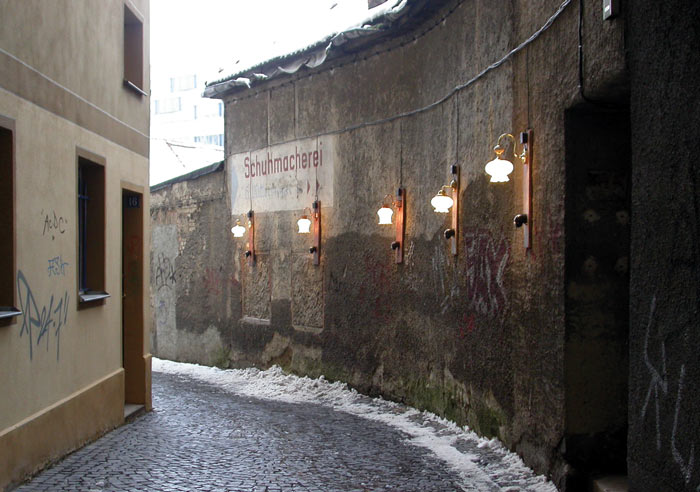 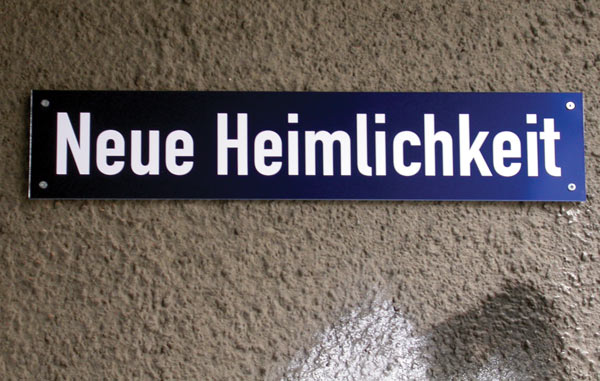 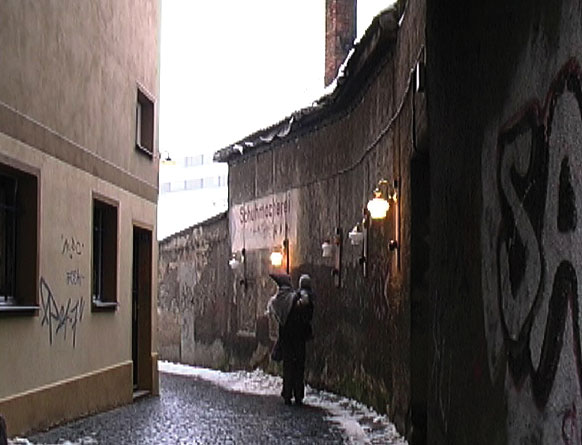