An abandoned housing complex at the entrance to Weimar is re-animated by colourful lights: almost invisible during day, shining widely at night.

The derelict rooms of the building are equipped with neon-lights of different colours, that go on and off irregularly, forming changing light patterns on the facade. For a moment it seems as if the former inhabitants have returned. But at second glance the run-down state of the interior unmasks itself.

The series of photgraphs documents the original light installation and becomes a work of art itself. 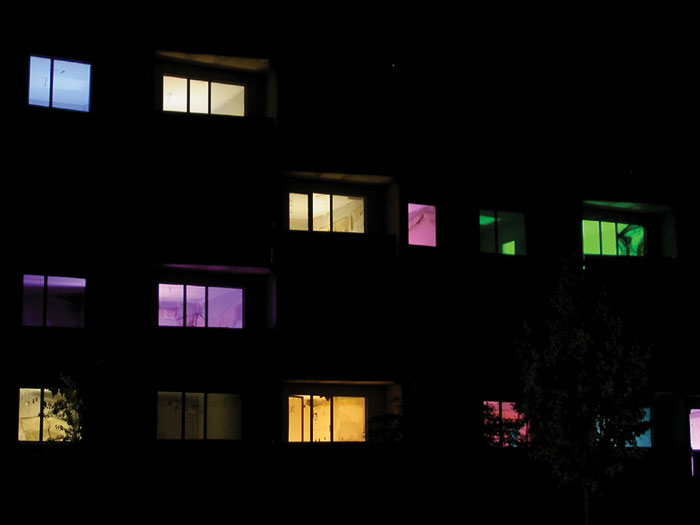 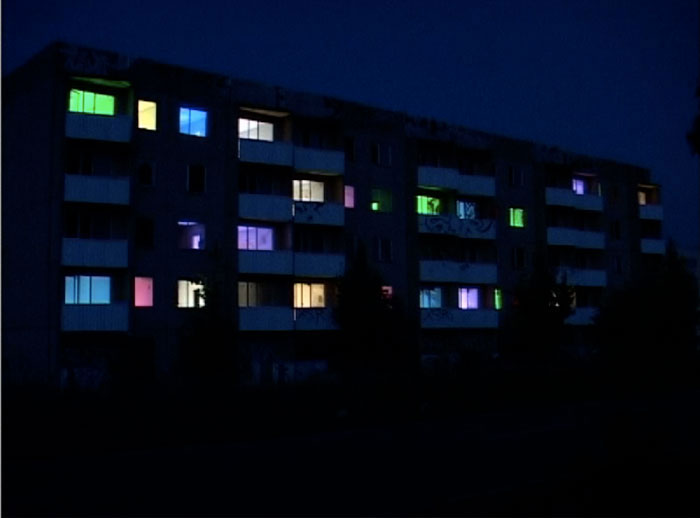 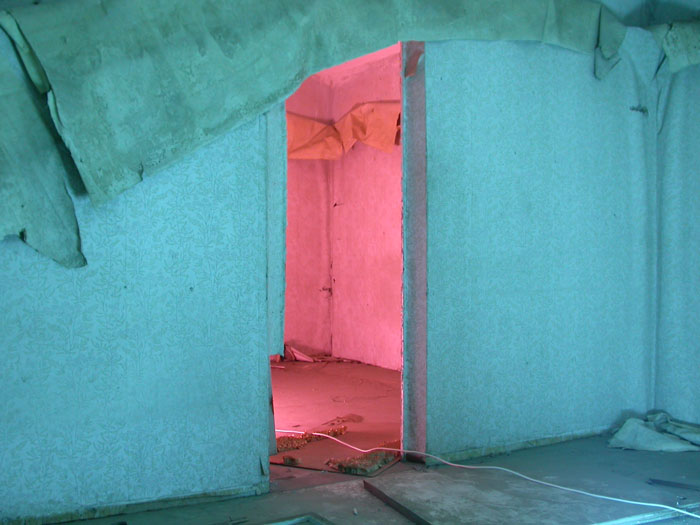 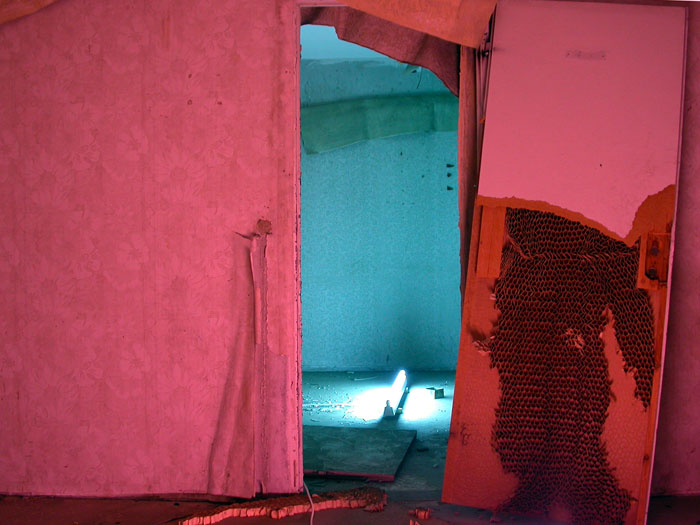 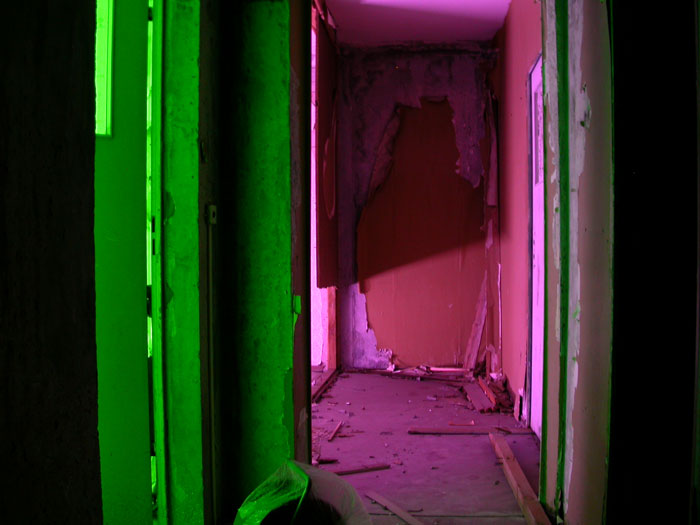 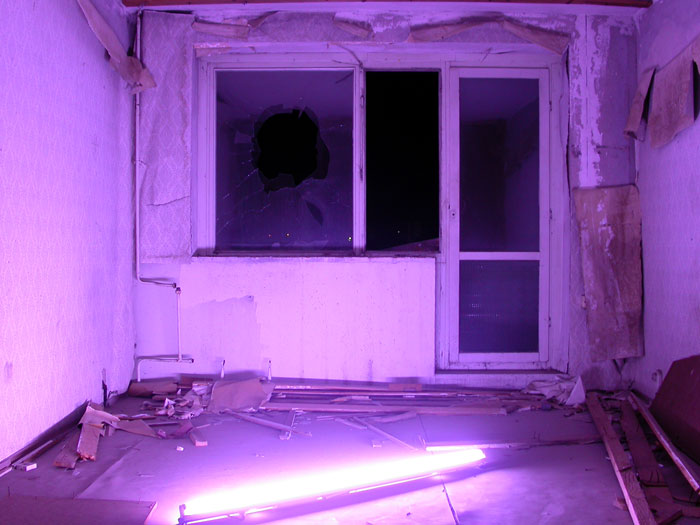 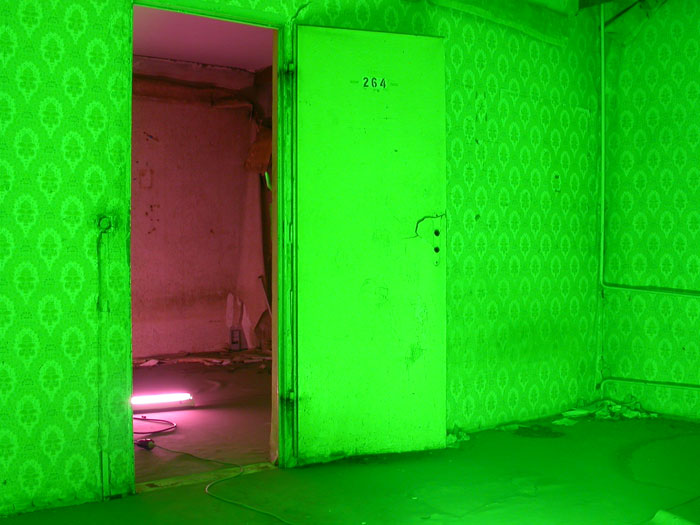 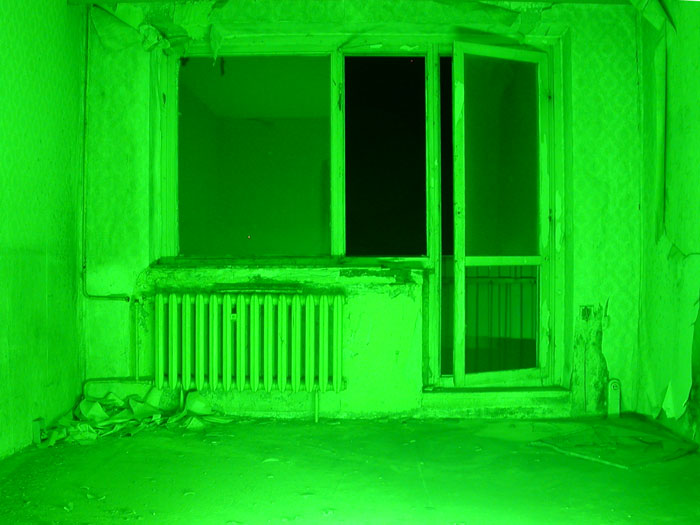 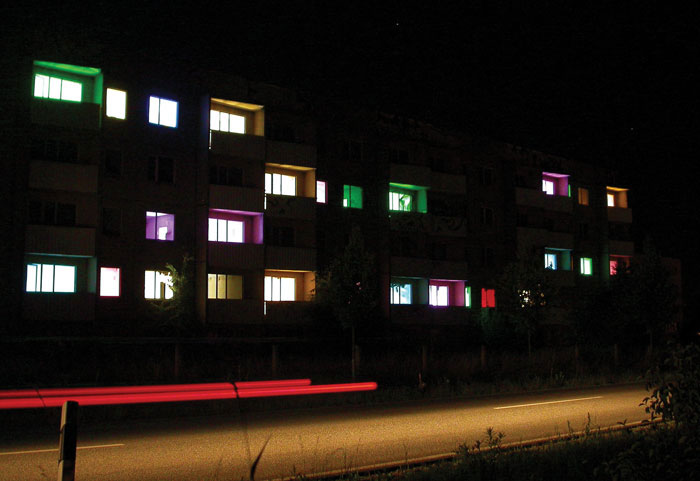