Domestic everyday life doesn´t usually enter the world of art galleries. In »Häuslichkeiten – Domesticities« however two artistic installations working with the volatile medium of light reflect the transience of the everyday onto the walls of Uma G. A third light installation is present as a series of photographs of abandoned interiors taken in a modern ruin somewhere in Germany. Outside the gallery the passerby encounters architectural character dolls, that expand the exhibition into the public space of the city.

All the presented works play in different ways with different aspects of everyday life and domestic realities. Together they create an idea of homeliness in an otherwise at least semi-public space, weaving a dense pattern of none-descriptive, yet authentic experiences into a place that normally is dedicated to far more elitist concepts.

Apart from their character as aesthetical exaggerations of the everyday »Goods«,»Seatings«, »Interiors« and »Squatters« are also interpretations of contemporary graphics. Modern graphics gradually have invaded ever more realms of the everyday, covering its rough sides in a thick aesthetical icing. «Domesticities» understands itself also as a experimental comment on the invasion of graphics into all aspects of life. 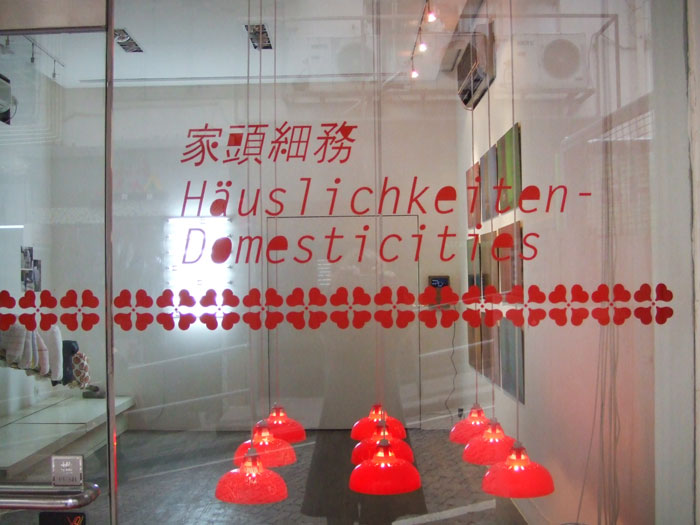 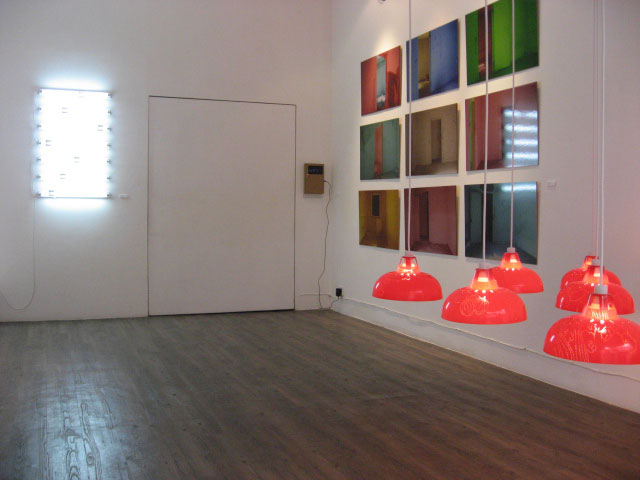 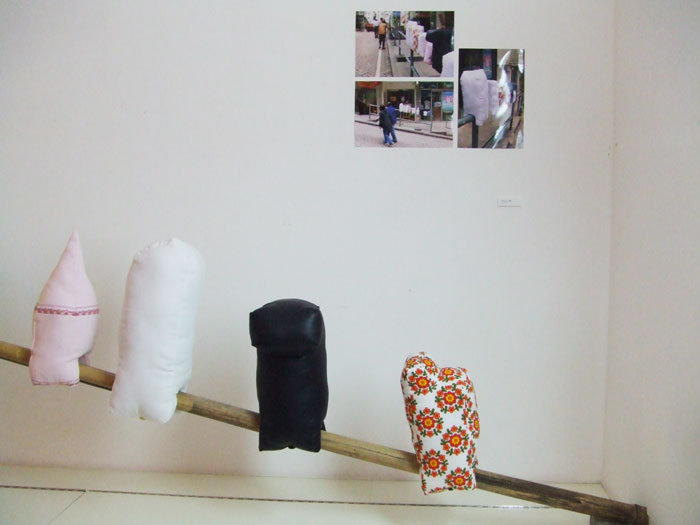 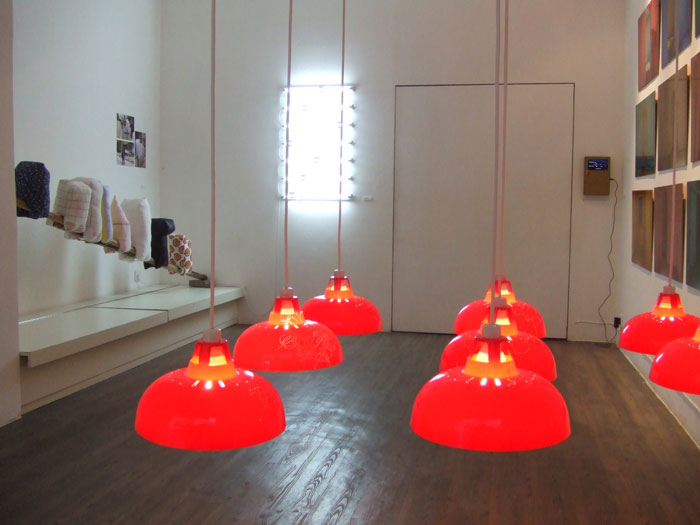 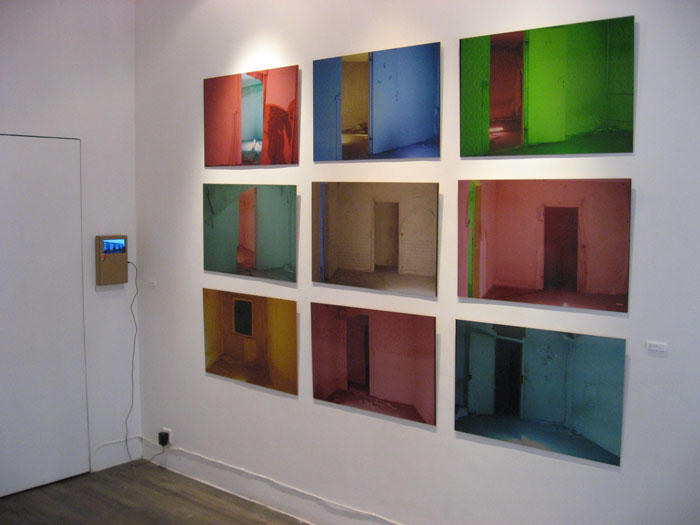