At the recycling firm in Weimar rubbish – or better raw material, as rubbish is something else and actually doesn’t belong here – moves slowly on the conveyor belt. Fast hands with a save aim roam about the conveyor belt. The busy hands are sorting the rubbish, but that exhaustin job doesn’t make much money.

It is winter and it is very cold in the big hall. The rubbish pile in the hall, that is pushed up by the conveyor belt, is piled almost to the ceiling where the sorting women wait on a platform. Despite the cold, it smells rotten and the radio loudly mixes with the belt’s noise and the women’s chats. Let’s start the search through teh raw material.

The women tell me about what they do every day, what they find and how they sometimes get lucky.
The video installation is presented on three TV screens laying on their back in a rack. They show three videos shot with three cameras, thus capturing the sequence of the different movements. The screens become the conveyor belt. The women’s voices are flowing along
with the belt.

It’s shocking, to see what some people throw away. It can be adventurous, dangerous and exciting, too. And everything is valuable – at least to somebody. It’s like digging for gold.

Realized as part of the exhibition Jetsam & Flotsam at the Kunstraum Bethanien, 1 February–23 March 2003. 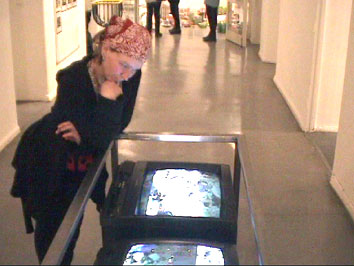 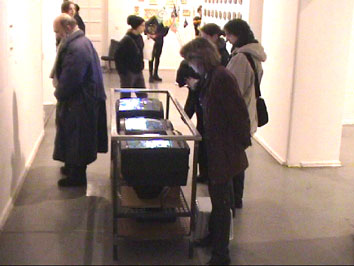 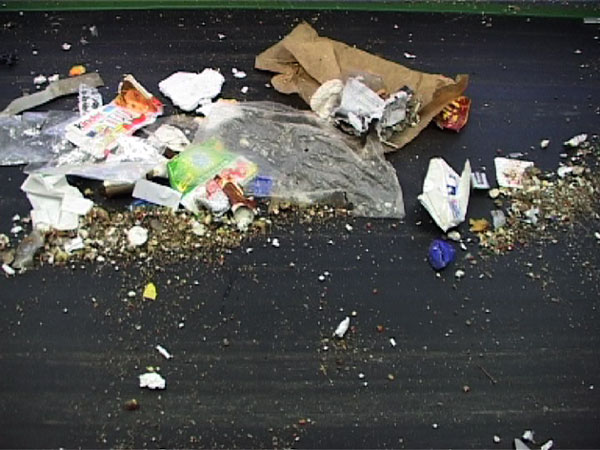 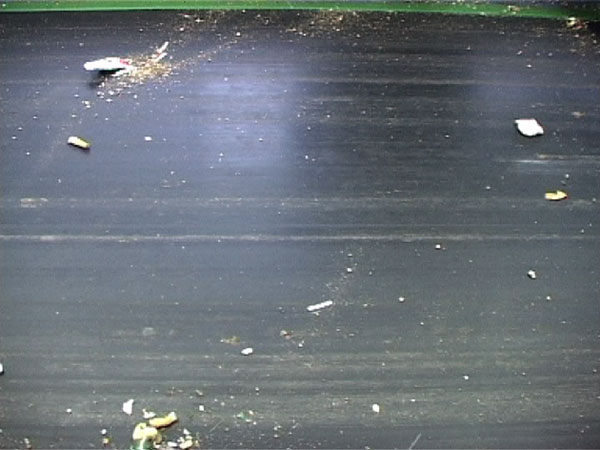 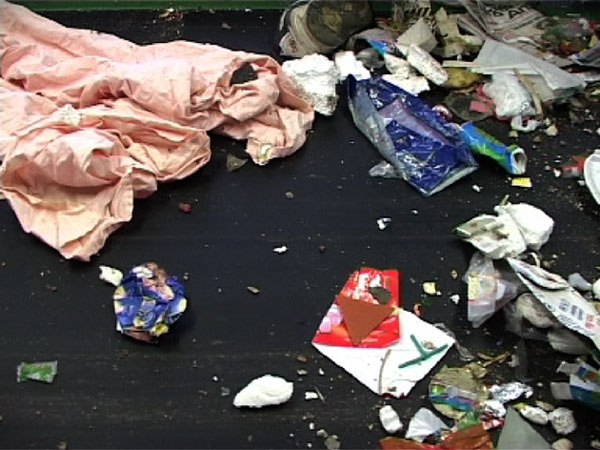 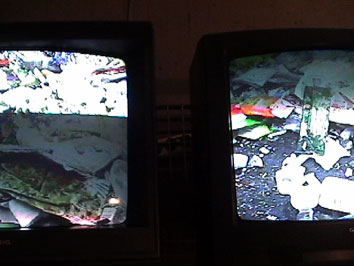 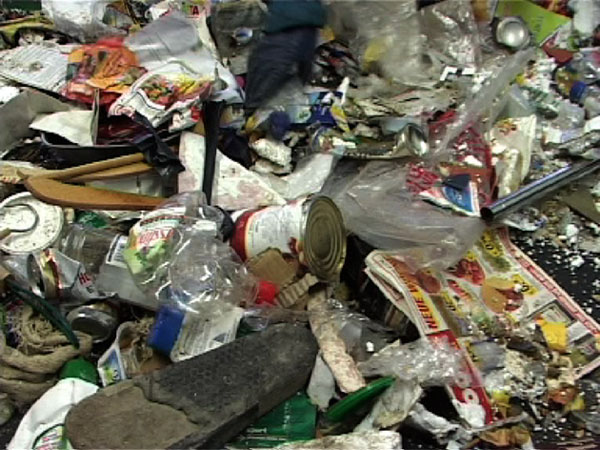 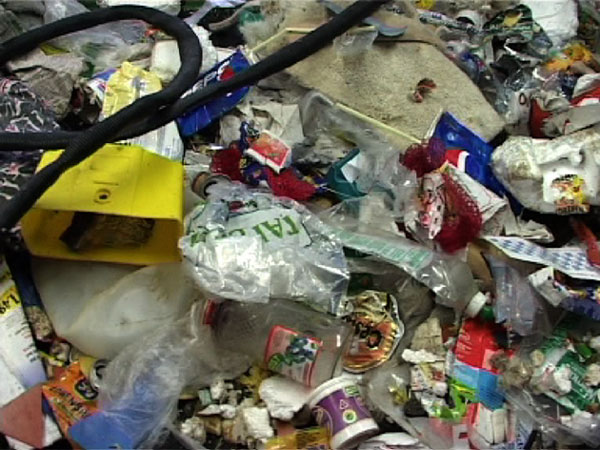 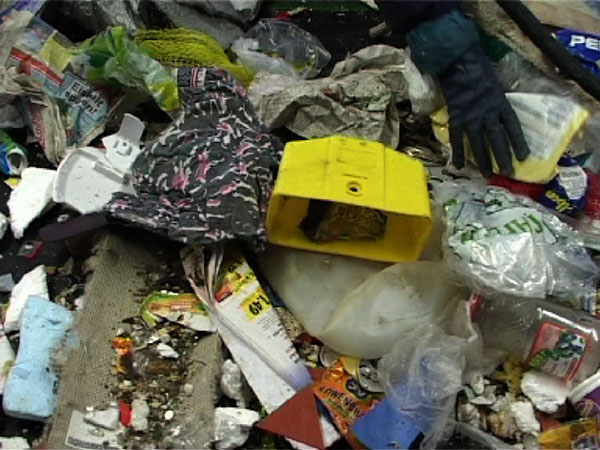 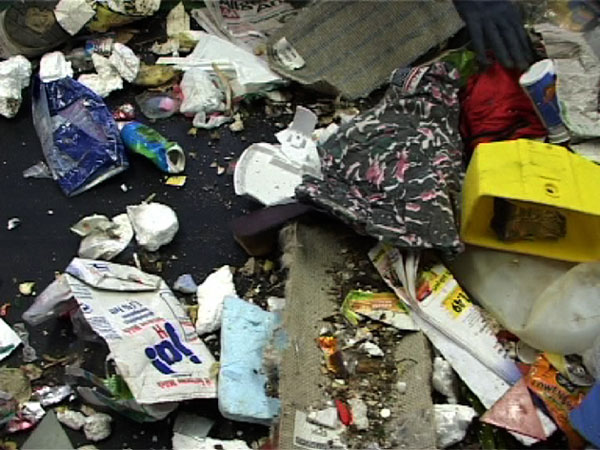