Artists from Eniminiminimos: Artists Who Make Things Small, beg to differ. This group exhibition explores the notion of ‘small size’ in contemporary art, and features a dozen ways that small is big. 12 international artists from Singapore, Hong Kong and various cities in the United Kingdom come together to exhibit their contemporary miniature artworks in Studio Bibliothèque, Hong Kong, on 12, 13, 19 and 20 Jan 2008.

There seems to be a global “size fetish” that regards big as necessarily good and right. This exhibition will show that making, using and being small have important implications in art and life. It will get us to reconsider issues of craftmanship, relationship, memory, technology, the individual in the social world, the missions of artists and the mass media, insanity and disasters.

In the exhibition I installed site-specifically the miniature digital grawings «Sitzgelegenheiten/Seatings» (2005-2007). The drawings are framed as slides and mounted on the fluorescent tubes on the ceiling. They are almost only visible to the attentive observer.You have to stretch yourself, so some effort to be able to have a close look at them.

In addition I have designed the title graphics for the show and for teh exhibition catalogue. I have interpreted eniminiminimos as a child’s clapping game that is impossible to be really played.

Here you can read in detail as a PDF:
>> the press release
>> article in the South China Morning Post, January 19th, 2008
>> the exhibition report 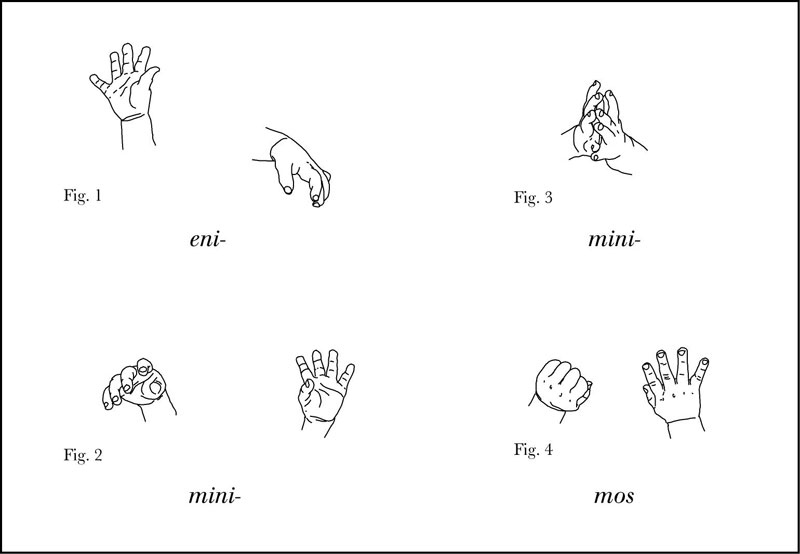 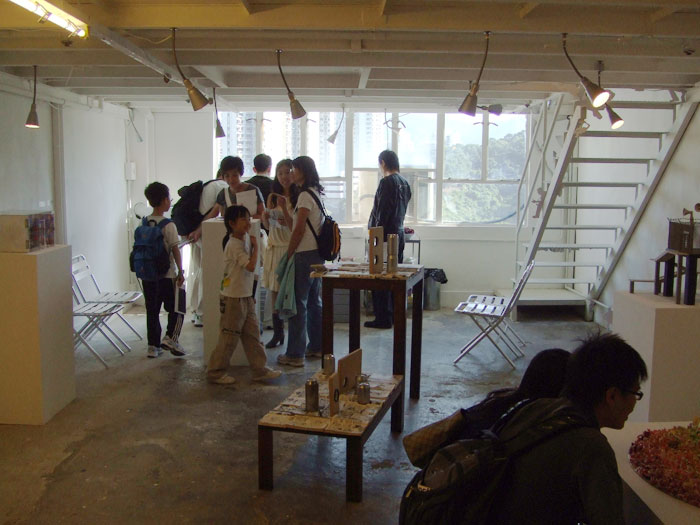 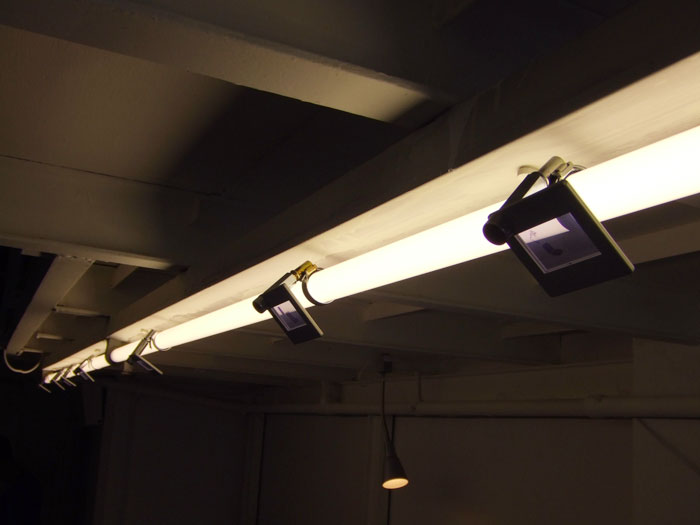 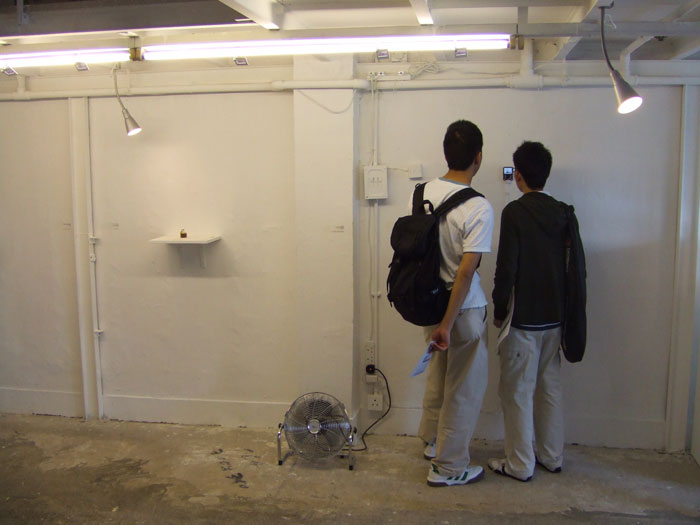