Borders are imaginary lines that are meant to separate territories. Throughout time borders are moved, newly built or dismantled to construct domains of territories or virtual political spheres. Both borders of territories and spheres aren’t necessarily equivalent nor are they stable and permanent. Patterns can change. Cause and reason for shifts can be manifold, yet often relate to power.

The multi-media installation Dynamic Domains uses fans that blow balls of different sizes in a plastic container from one side to the other. The transparent container sits on an overhead projector. The blowing power of both devices varies controlled by an electric circuit, resulting that the balls move in different shifting patterns.

The undulating drifts of the balls can be seen directly in the transparent container or are magnified as an abstracted black and white projection onto a wall by an overhead projector. 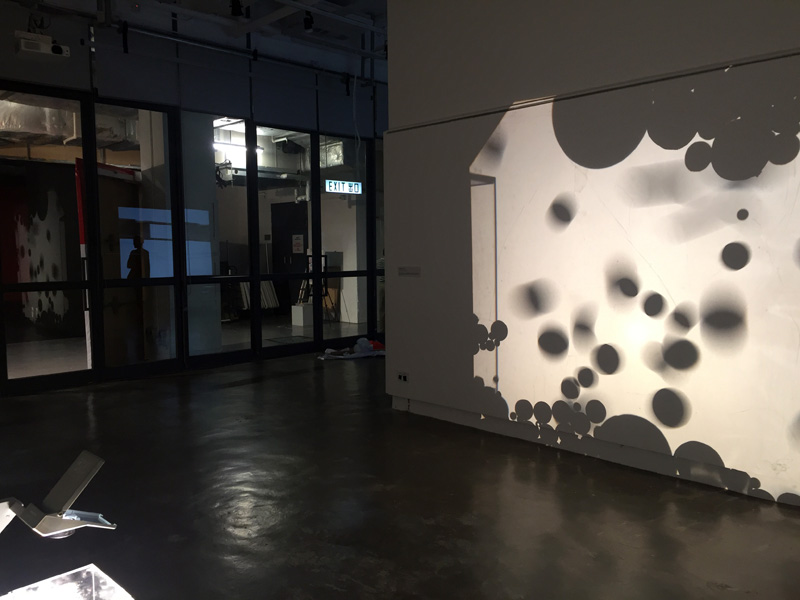 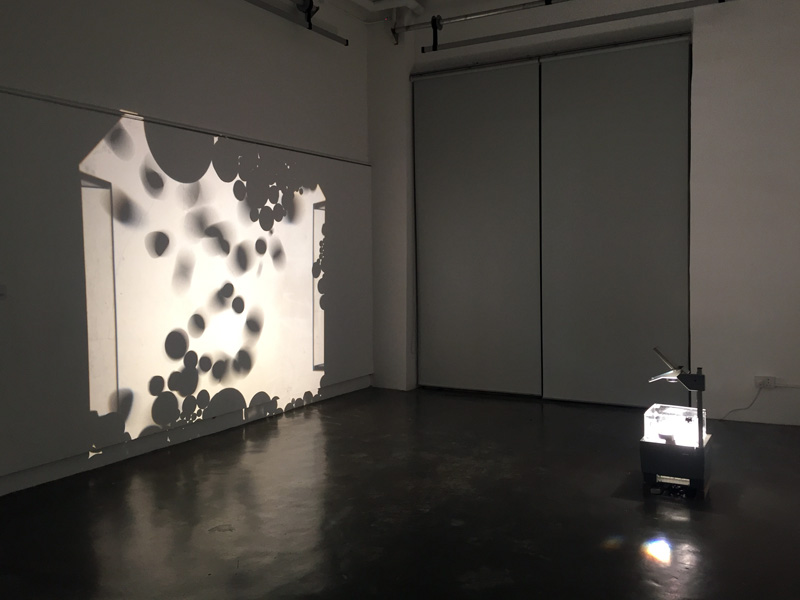 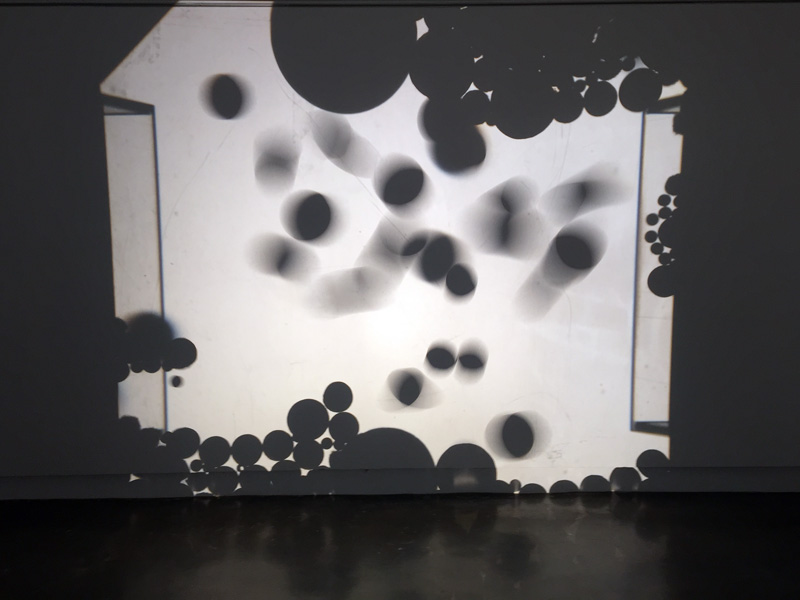 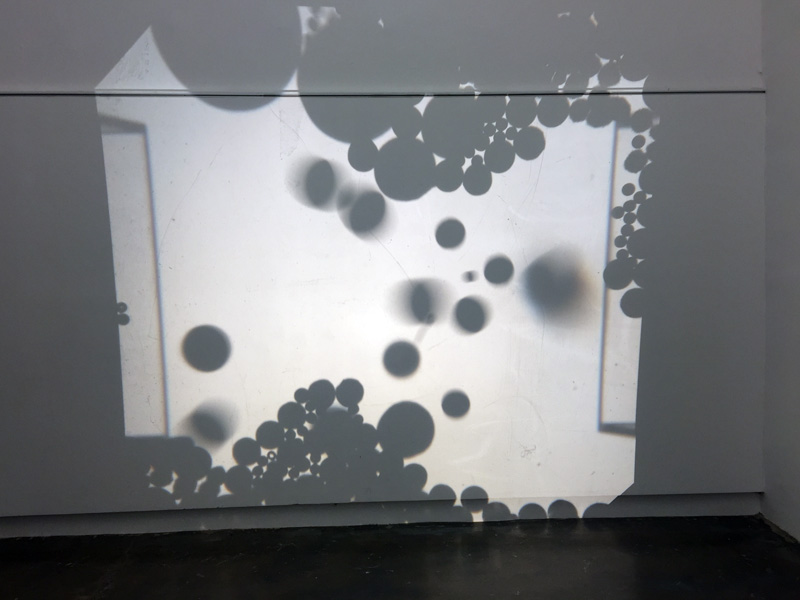 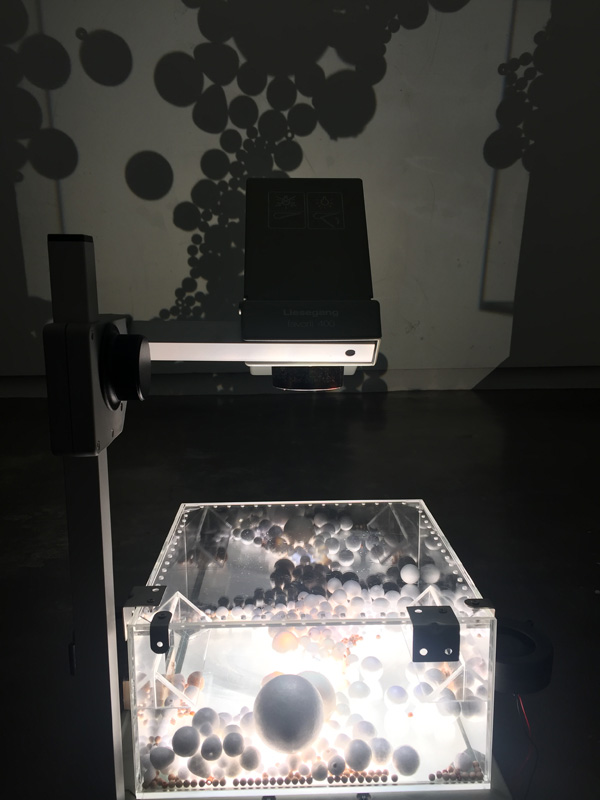