In summer 1785 Friedrich Schiller wrote his Ode to Joy, shortly bevor he moved to Weimar. His poem reflects the lightness of life during that summer, but also became one of the greatest testimonies of human values in the musical version by Ludwig van Beethoven´s 9th Symphony. Now the godly spark (= translation of the term Götterfunken in the first line of the poem) shall again shine in Weimar.

The 15 meter long word Götterfunken floats over the grass of the Ilm-Park next to the Anna-Amalia-Library. During day it quietly shines in the sun. However, at night it is suddenly lit up by short flashes of light, after which it peacefully dies down again into darkness.

The Godly Spark is a repetetive, ephemeral event and could be seen in Weimar between July and September 2005. 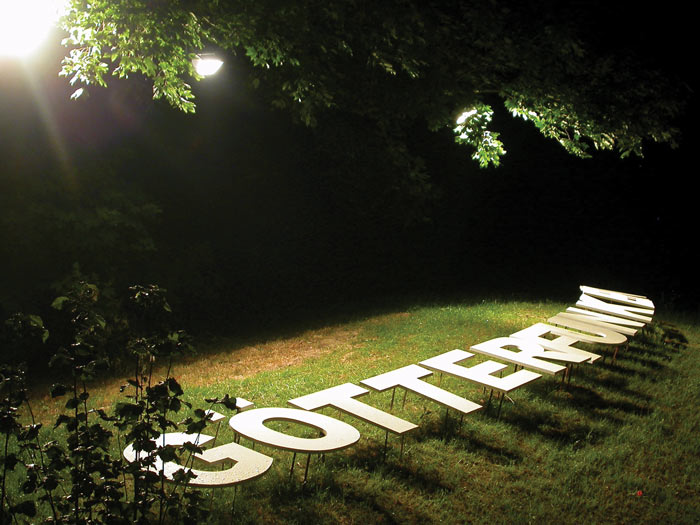 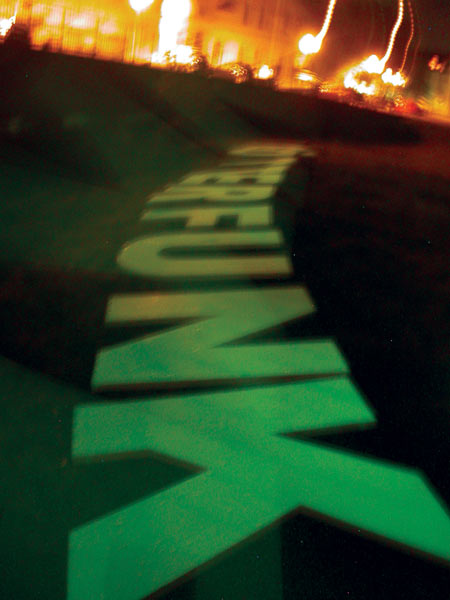 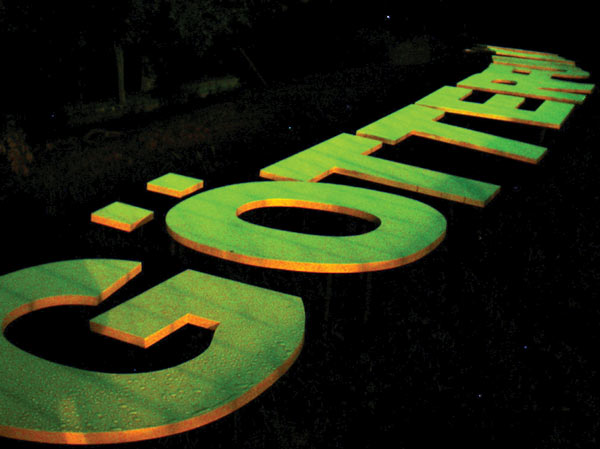 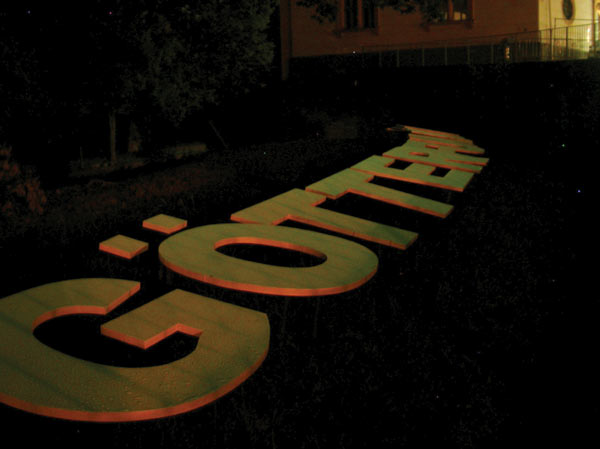 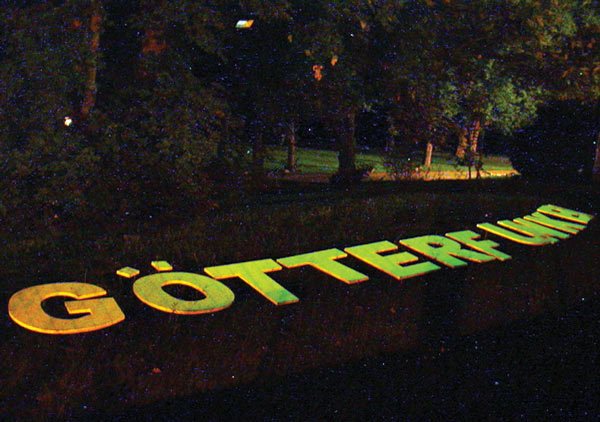