Whispering Pillars is an installation dedicated to Friedrich Christian Lesser, priest, scientist and historian, who died on September 18th, 1754 at his hometown Nordhausen in the north of Thuringia.

The new extension of Frauenberg-Church welcomes the visitor with a fairytale space: the pillars seem to whisper, voices trailing through the churchroom. The closer you get to the single pillars you may distinguish different stories: Lesser tells about his life, his work, his belief.

High above ground a series of insects populate the space, almost shadows during day, glowing distant blue at night.

The insects refer to Lesser’s scientific occupation. His best-known work is the attempt to proof the existance of God through the perfection of the insect body (Insecto-Theologia). However, the images of the insects can also be read as interpretation of Christian symbols that create a world of their own in the ecclestial space.

The installation can be seen at the Frauenberg-Kirche in Nordhausen.
It received the first prize in the art competition in May 2004 and was commissioned for realization by the Christian-Friedrich-Lesser-Foundation in September 2004. 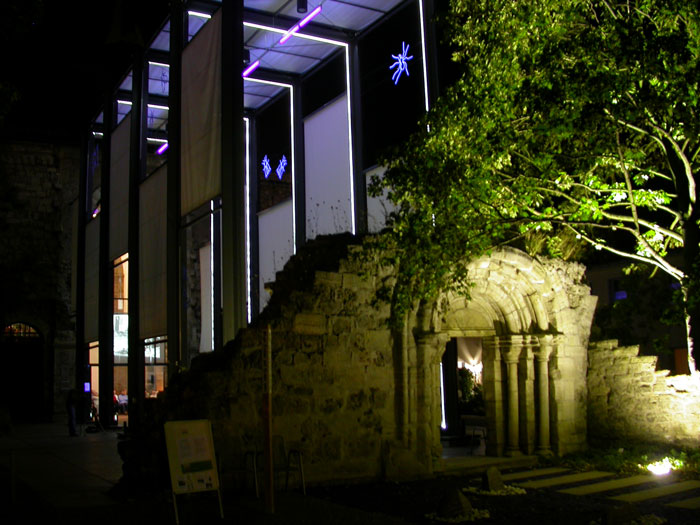 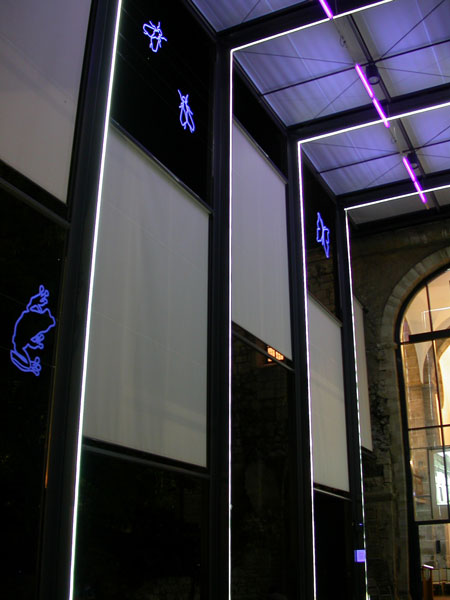 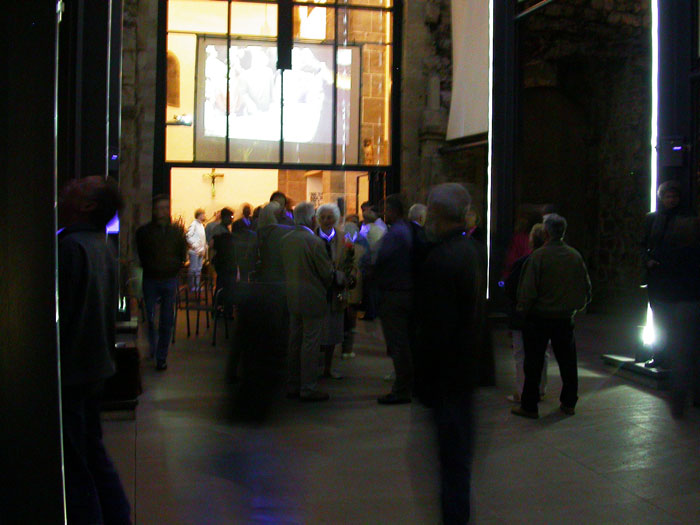 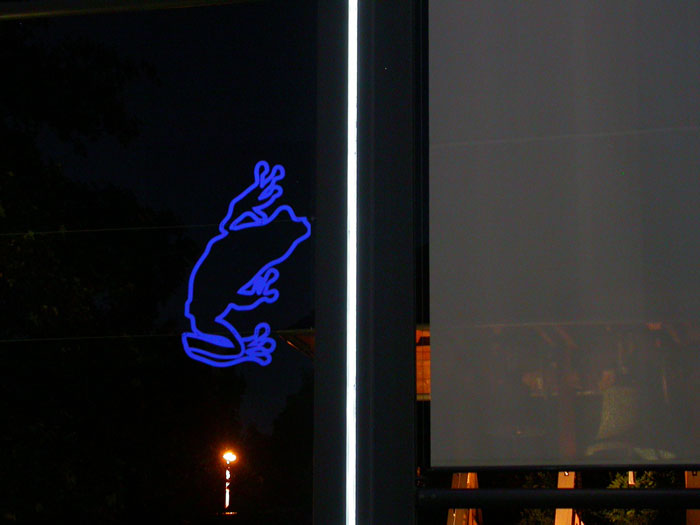 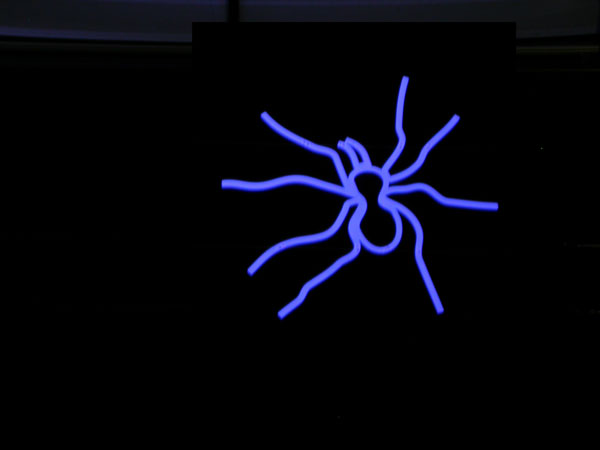 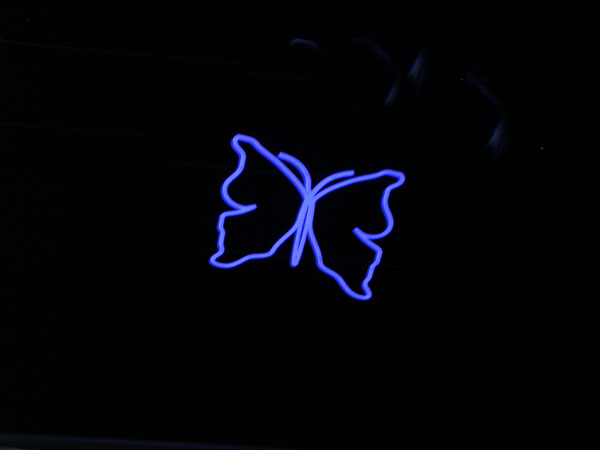 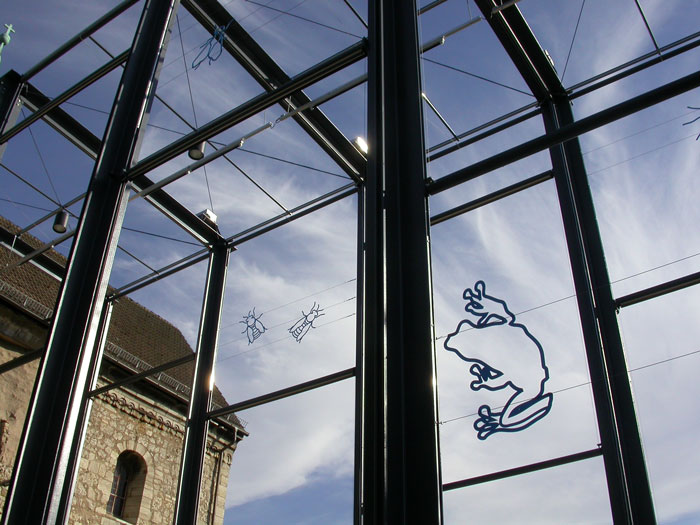 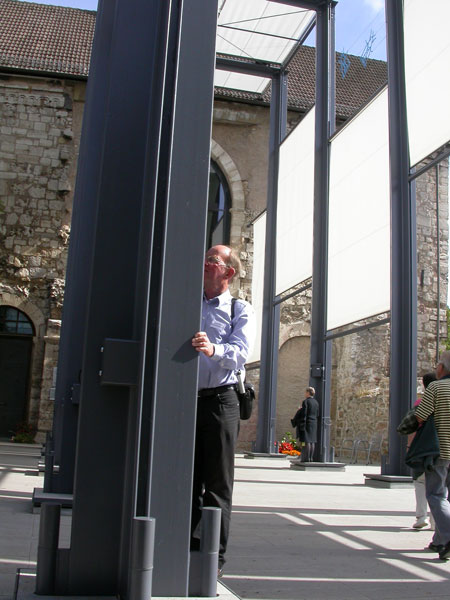