4 Pavilions for the Five Cities Project

The Five Cities Project is a touring exhibtion. Tokyo is the last stop on its way over the world. The German conveinor of the project, Gabriele Juvan, invited guest artists from each participating city (Frankfurt, Prague, Moscow, New York and Tokyo) to use her installation space for performances. Tokyo is the final stop and tribute to all the five cities where the project has been. In Tokyo 4 exhibition pavilions were needed to host the artists’ works.

In one of the most expensive cities, in a short time with a minimal budget four exhibition spaces have to constructed to host the exhibtion. The site is the busy area of Akihabara, a square right in the centre of the ‘electric city’. In Akihabara are mainly electronics and gadgets sold in a suitable flashy environment. Coined by consumerism it is also an place of ambiguity and homelessness.

The site and overall planning was developed in collaboration with Yoshiharu Tsukamoto from Atelier Bow Wow and his students from the Tokyo Institute of Technology.

The four triangular pavilions give the square a new dimension. They form a showcase around
a central focus spot. The materials used for the construction are inspired by the environment: scaffolding, plywood, chicken wire
and cabel ties.

Each pavilion is an exhibtion space for one city. The fifth city, Frankfurt, is represented in the central square as the hometown of the projects. Each pavilion has an individual design influenced by each city. 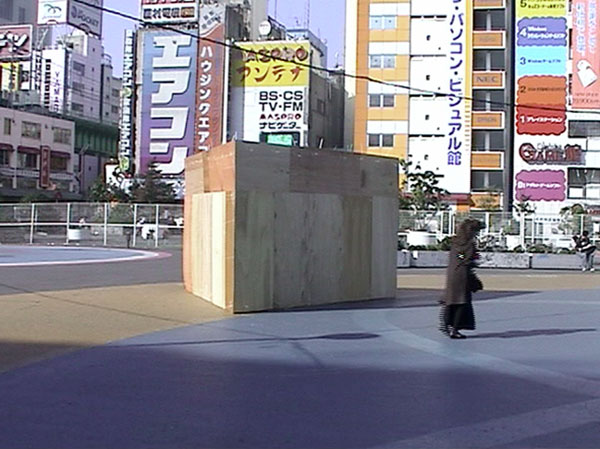 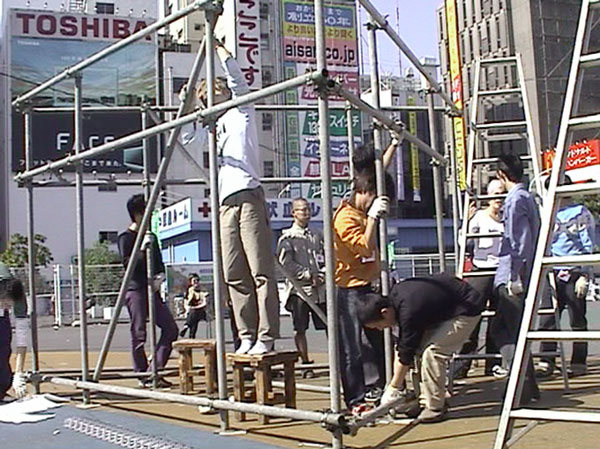 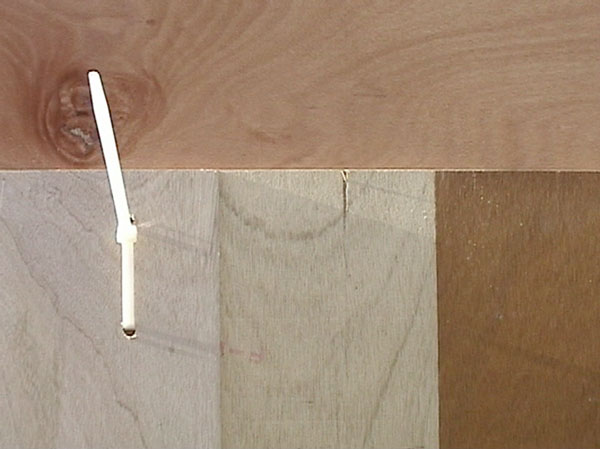 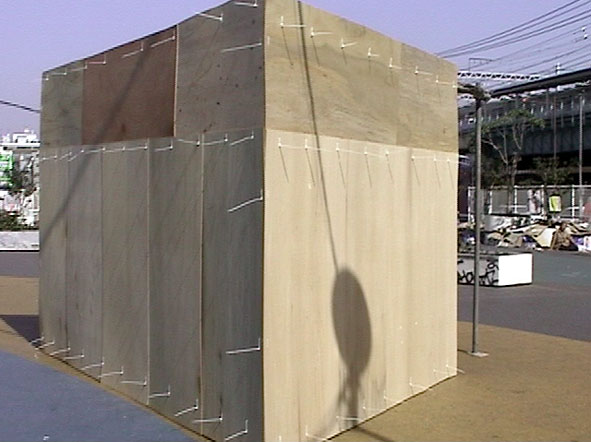 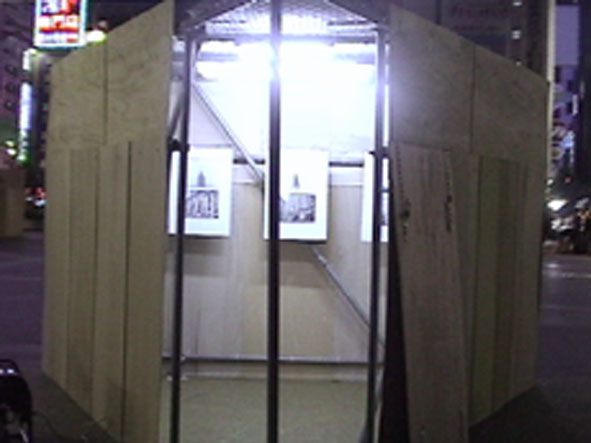 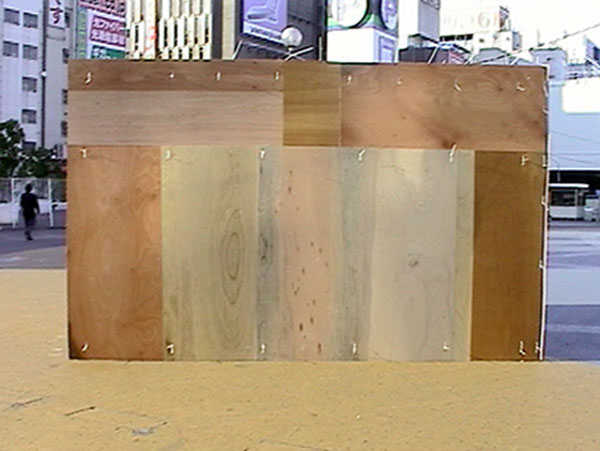 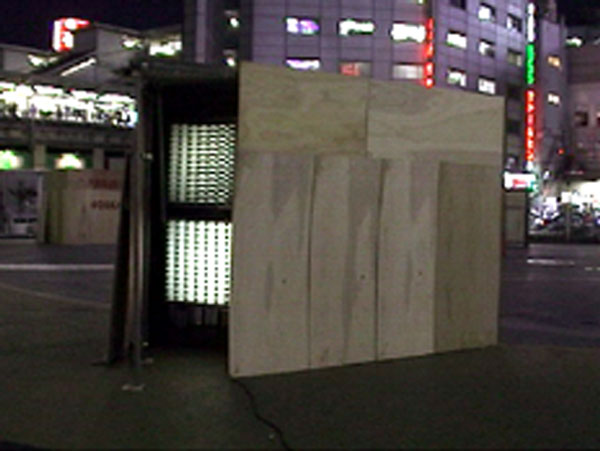