Hong Kong’s cityscape has many repetitive patterns comprised of arrays of housing blocks, factory or office buildings. The towers of architectural blocks are stacked along the mountain lines of Hong Kong forming agglomerations of recurrent shapes and patterns – almost like a geography on their own. City Patterns document Hong Kong’s unique and fascinating urban structures as they were built mainly in the sixties when Hong Kong developed into modernity. The beauty of repetition creates simplified patterns that are aesthetic architectural motifs at the same time.

City Patterns are cut from neon-coloured acrylic glass. The transparency of the material produces projections of the patterns created by natural light or spot lights that overlap with the cut out patterns. Both patterns overlap and densify the architecture – mesmerizing the viewer about which of the patterns is more real – the tangible or the intangible City Pattern? 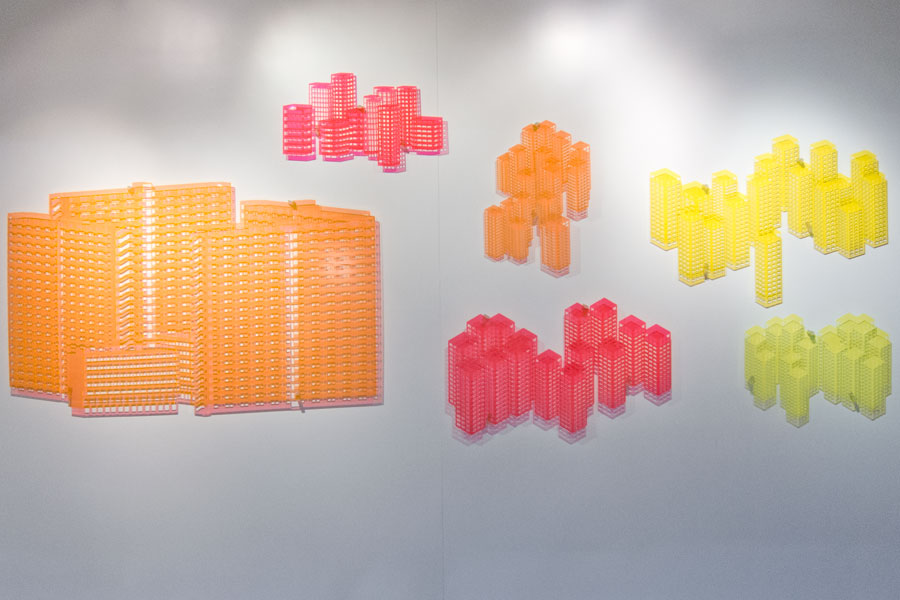 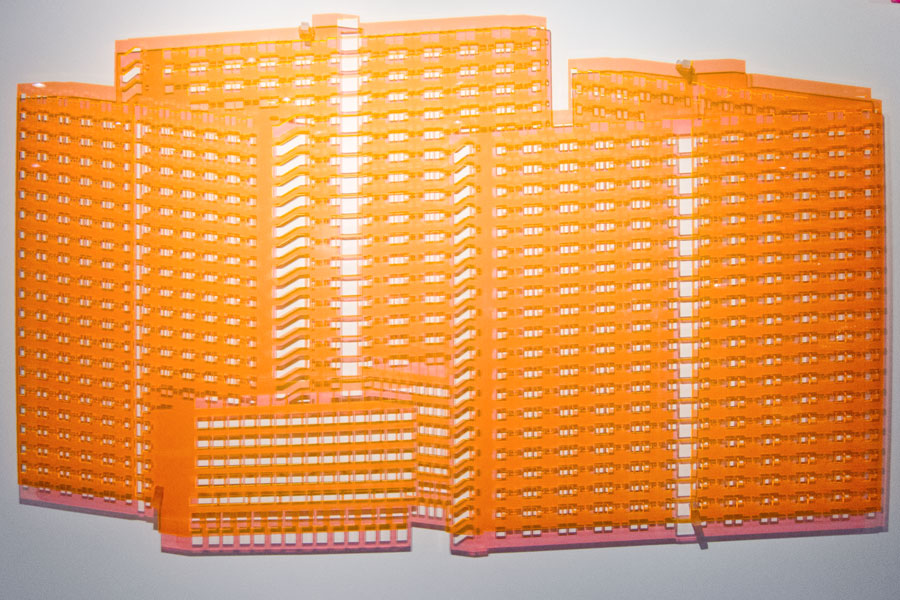 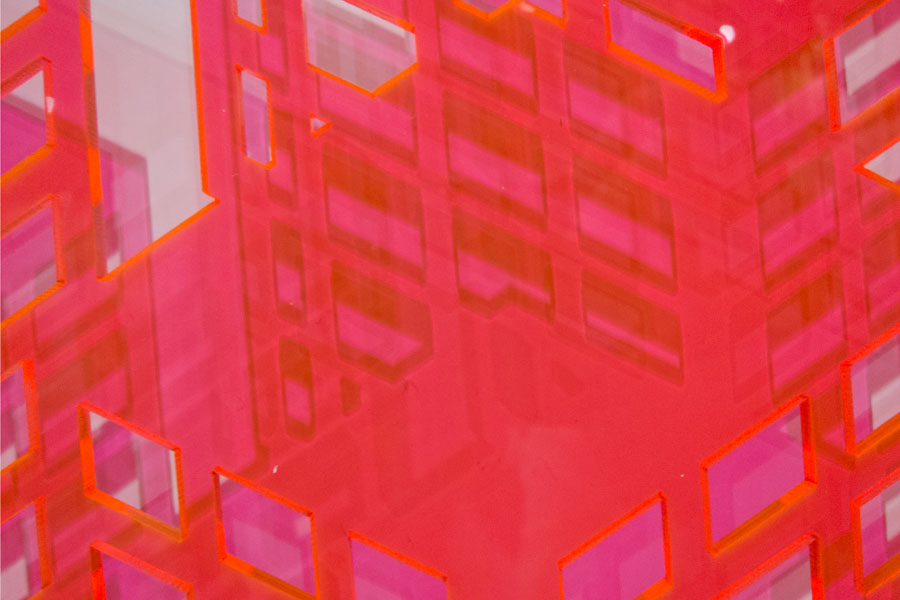 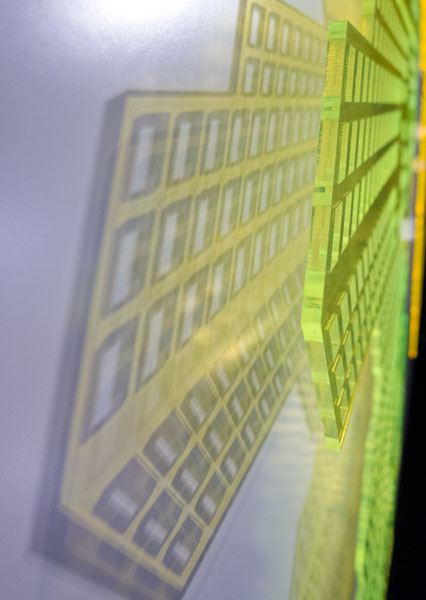 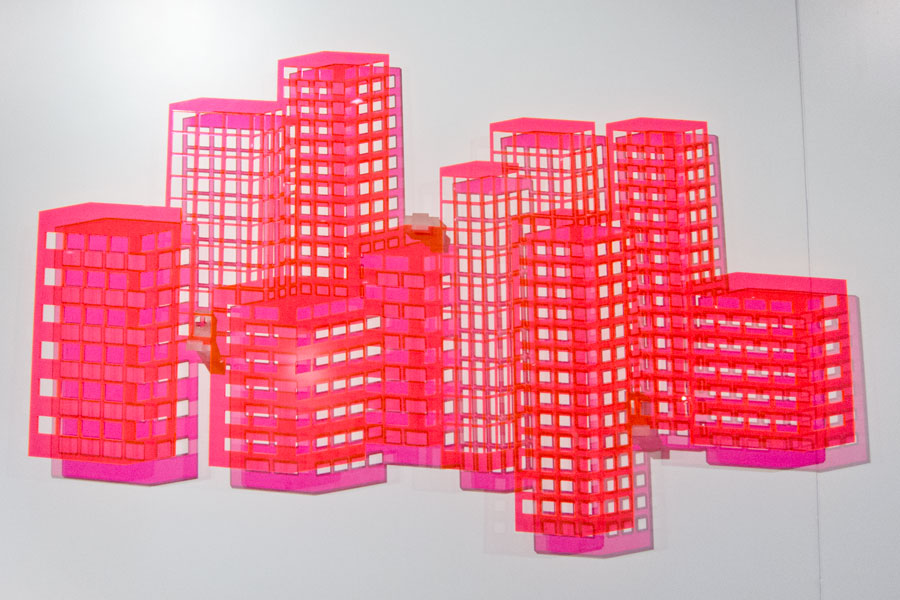 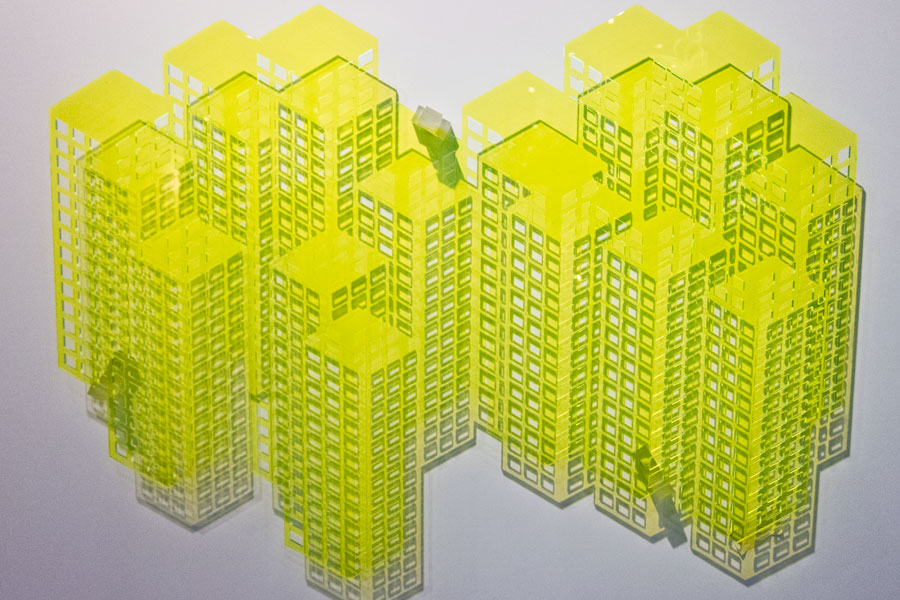 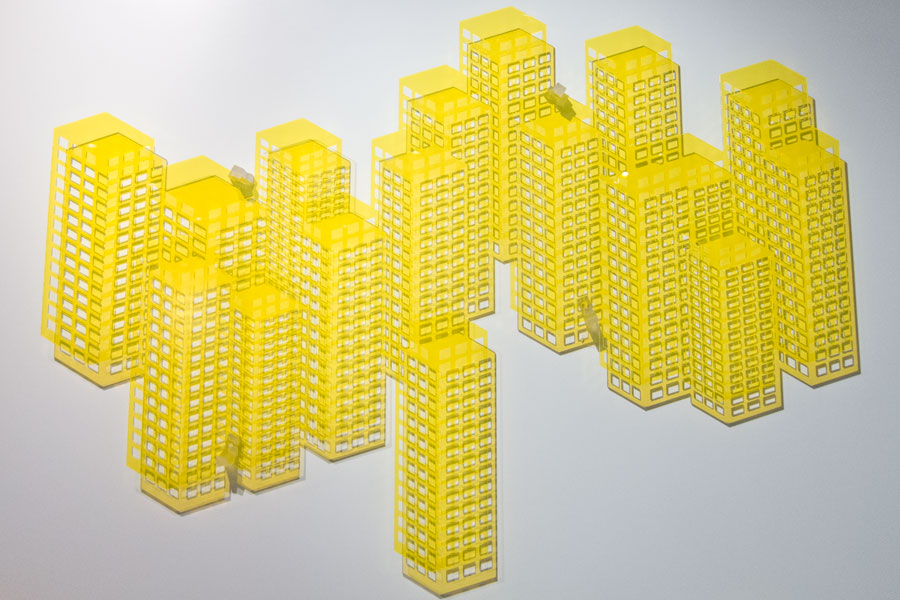 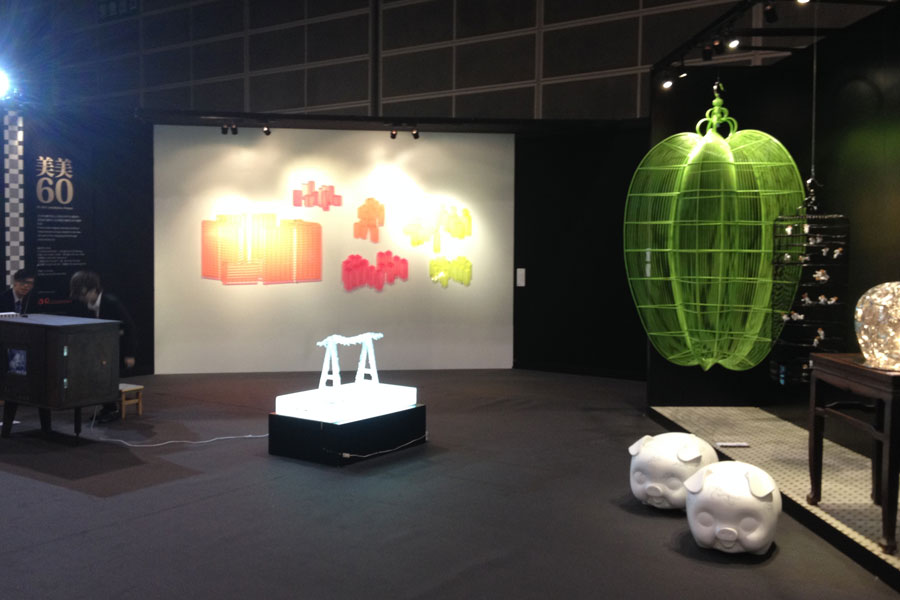 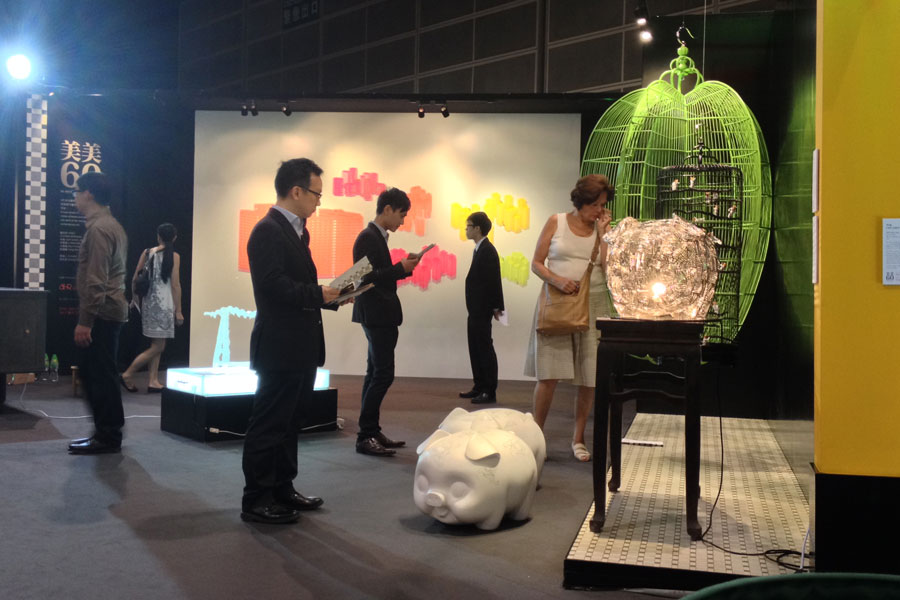 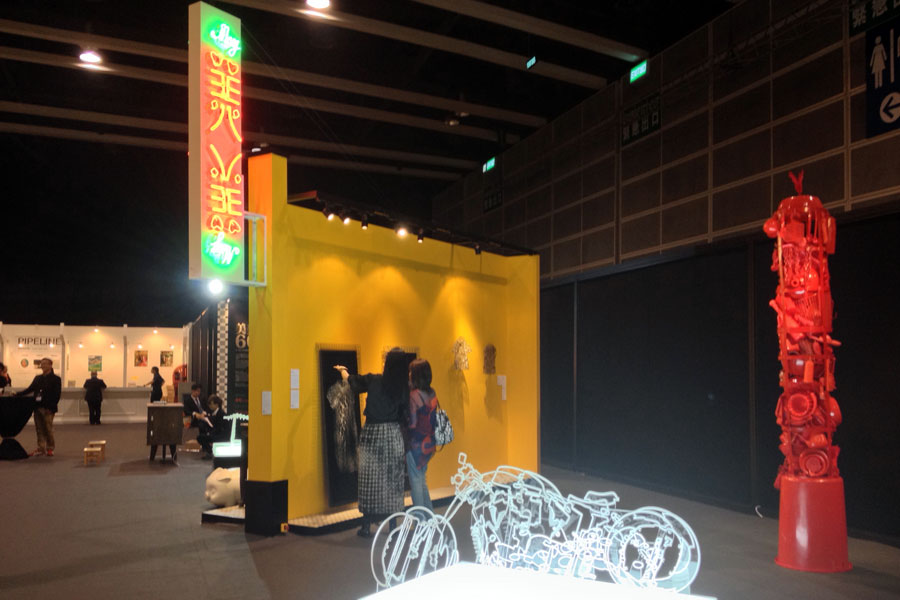 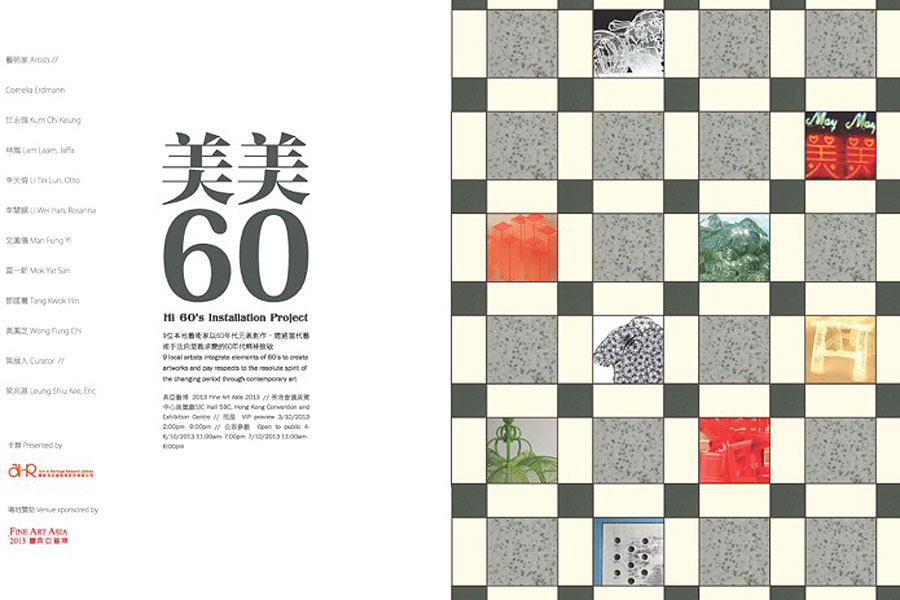