Five light-silhouettes of butterflies have to be caught with and on your own body.

A wooden box is horizontally attached to a wall outside the entrance of the Kulturhuset USF. The box contains five selfmade projectors put together from disposable cameras and LEDs. The projectors are triggered by a movement sensor. When triggered they are program-med to randomly project black and white drawings of butterflies into the space in front of the box. As there is no screen the butterflies may only be seen, when the spectator offers his own body as projection surface. However, the spectator never knows which butterfly will fly next. Thus he has to move in order to catch all the butterflies – quick, quick, quick!

Catch Me is playing with the expectancy of the audience, inviting the observer to play along. Butterflies are fluttery creatures and sometimes as puzzlingly unreal and inconceivable as a castle in the air.

Choosing the motif of a butterfly for the installation is a reaction to place and time of the exhibition: winters in Norway are cold, damp and dark – the opposite of a butterlfy’s context. Likewise irritating, almost absurd seems the appearance of a butterfly of light. Especially in this setting a butterfly is a hint of spring, the easiness of being or the lightheartedness of the returning warm season.

Inviting the spectator to use his body as the surface for the projections, he is forced to move like a butterfly: as coincidentally, erratically and aimlessly. Caused by an immaterial sensation the spectator encounters a physical experience. As a consequence of his public performance the spectator’s interactivity is a multi-plication of the butterfly’s flight. Eventually he becomes a butterfly himself.

Shown in the German-Norwegian exhibition «Luftslott» outside the cultural centre USF in Bergen, Norway 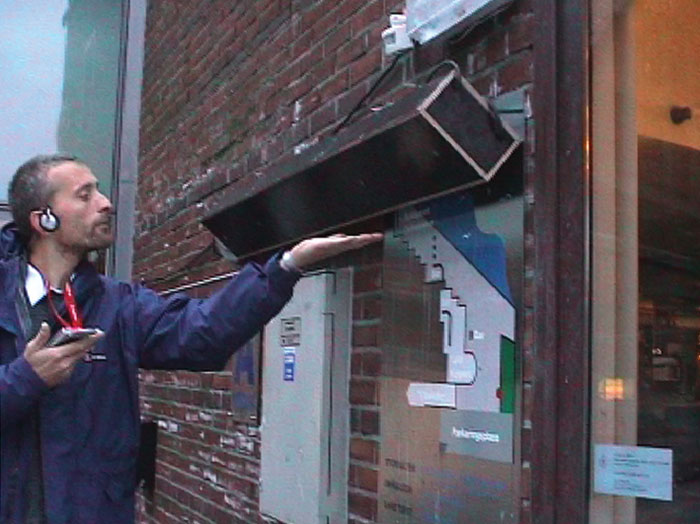 How to catch a butterfly 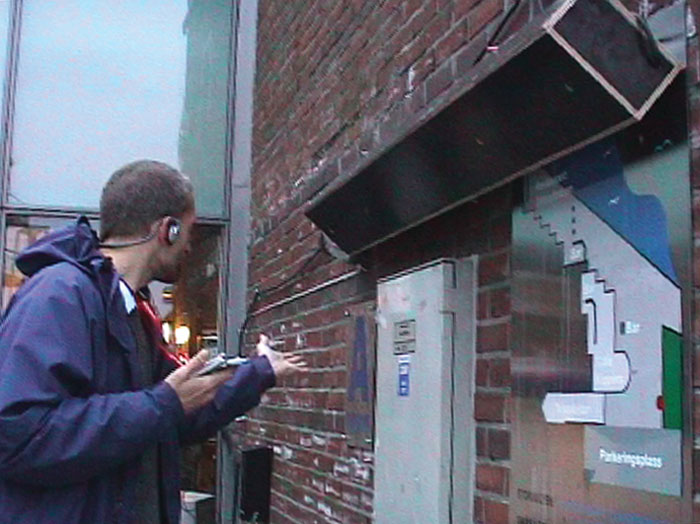 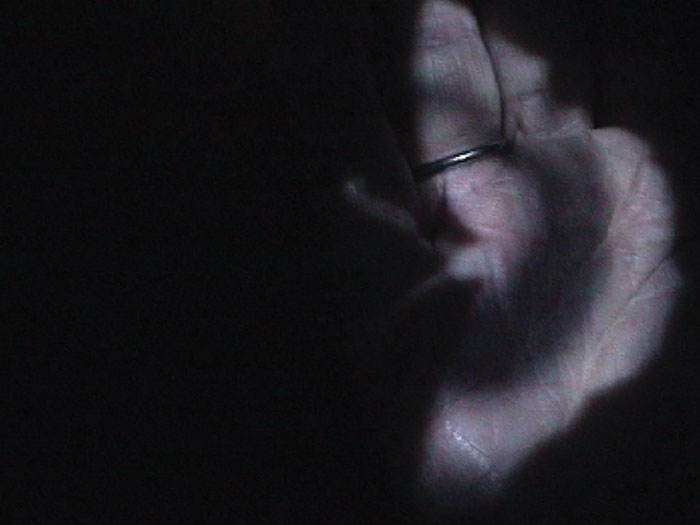 to catch by hand 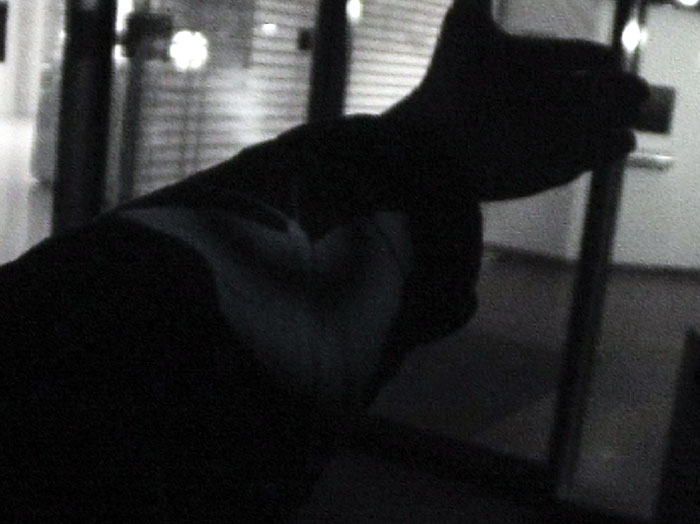 to catch by arm 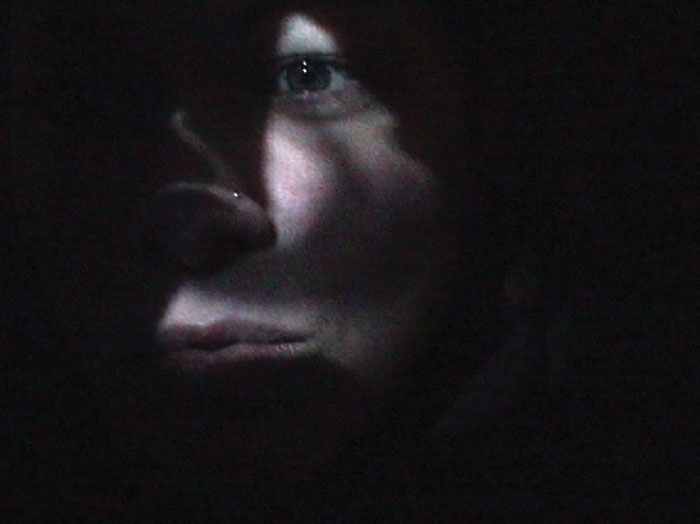 to catch by face 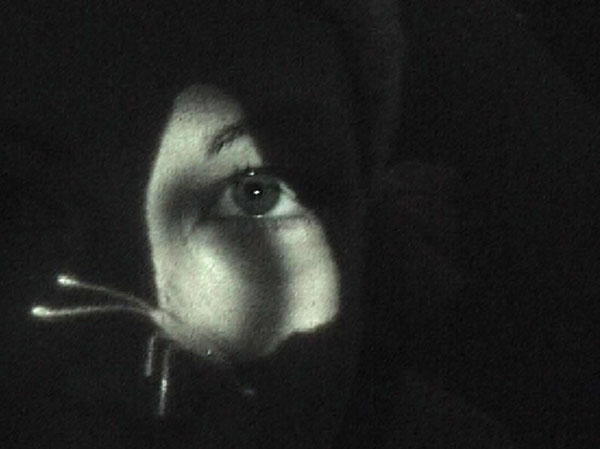 to catch by eye 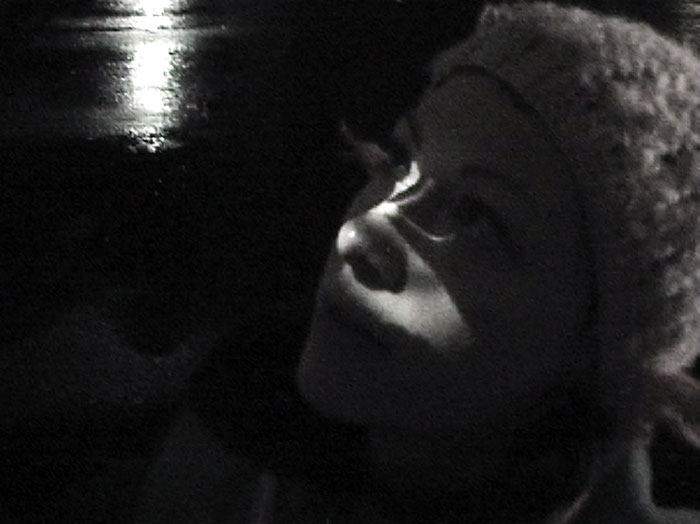 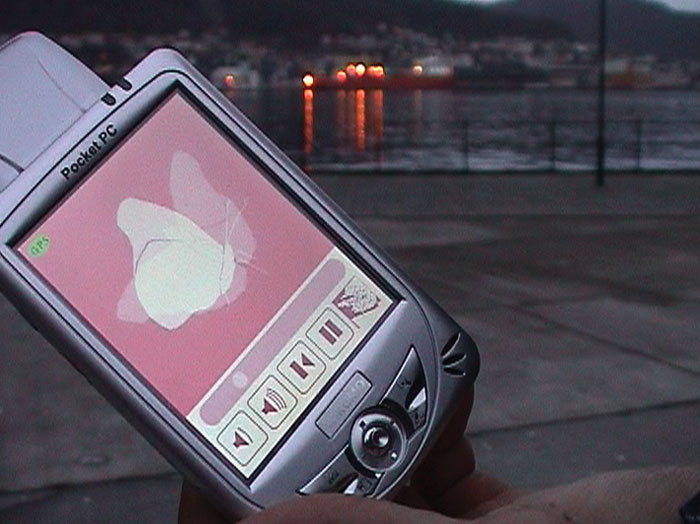 To catch by pda