2005 brings the 250th anniversary of the death of Friedrich Schiller, one of the greatest German poets. In celebration of this event Weimar stages the Cops and Robbers festival, which takes its title from two of Schiller’s main theatre pieces. His fragment Polizey is the festival’s theme.

A container-building on Theater-Square in Weimar is the headquarters of the Cops and Robbers festival: a utopian construction site, a meeting point and an event space for young art at the same time. As the subject of the festival deals with the topic of the police, the containers are made into a police-lighthouse: covered in hundreds of rotating flashlights, the headquarter pulses blue into the Weimar night, marking the location of the festival.


Flashlight was to be seen as part of the Utopie-Baustelle during the Schiller-Festival Räuber und Gendarmen, and for the opening-evening of the Polizey at the E-Werk, both in Weimar in May 2005. 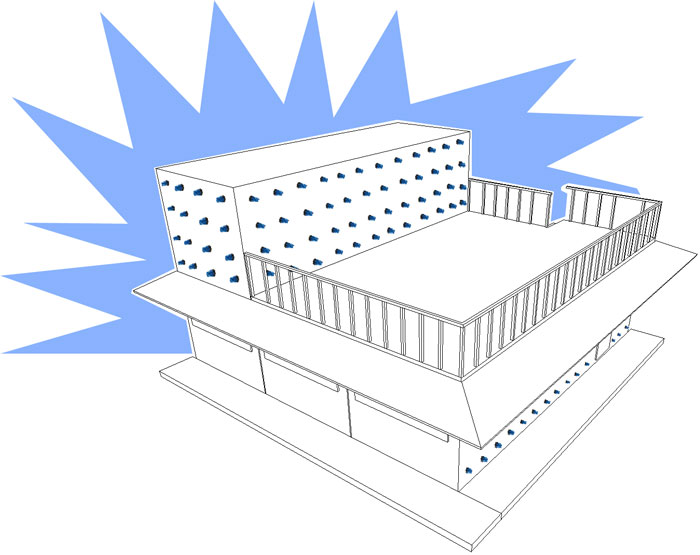 A blue flash in the dark! 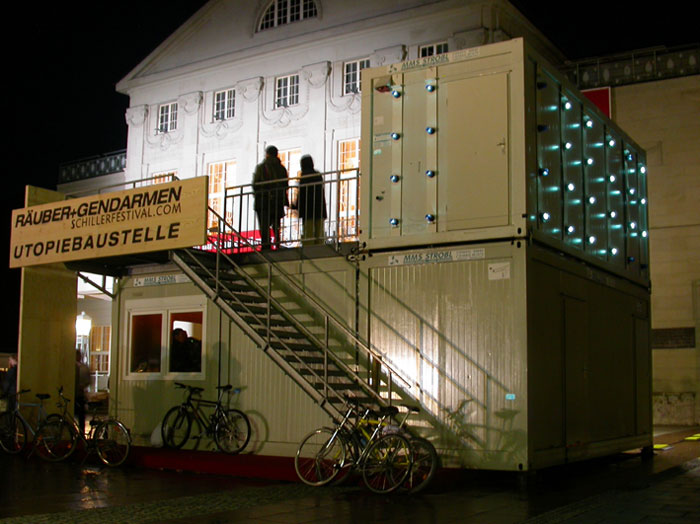 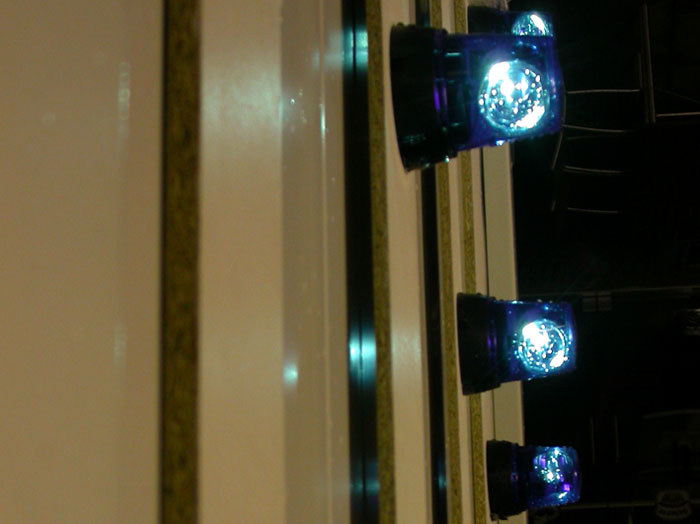 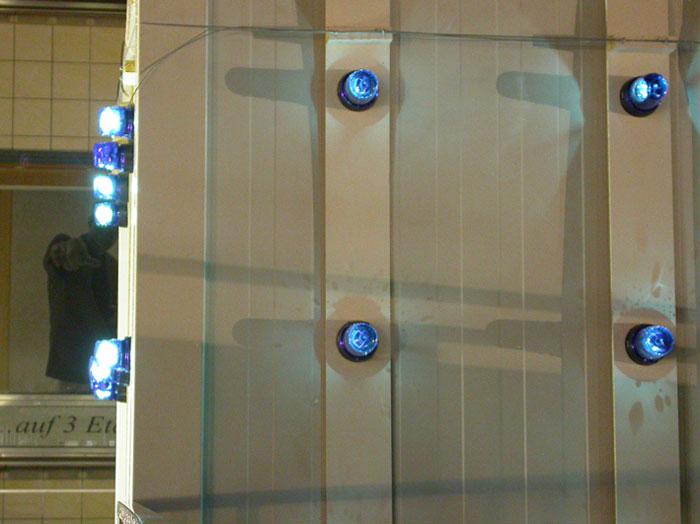 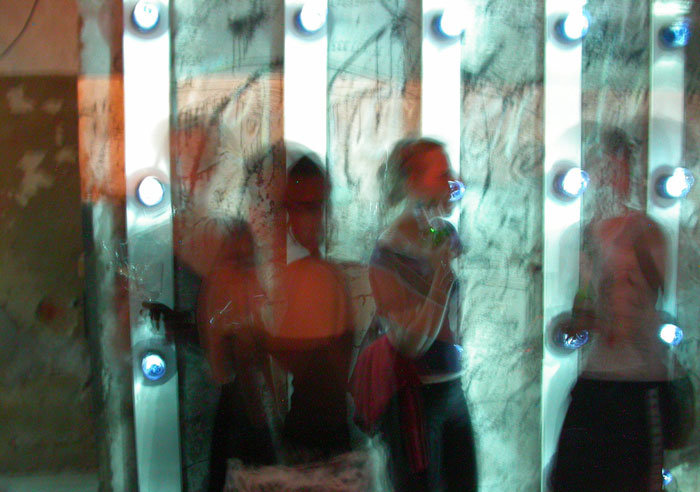 Flashlight at the E-Werk 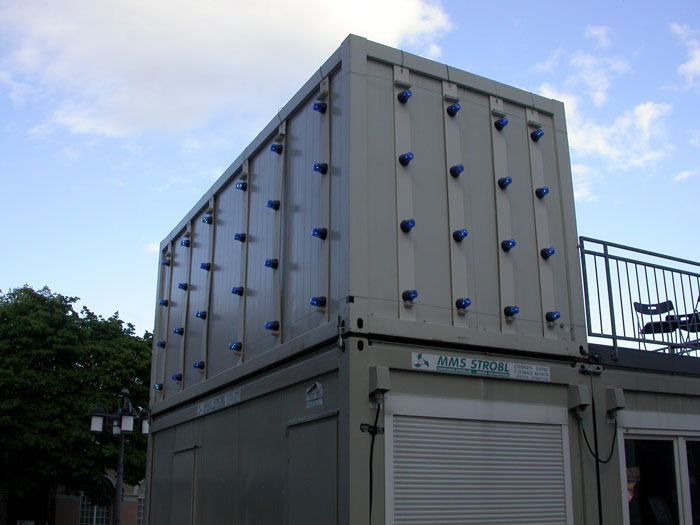